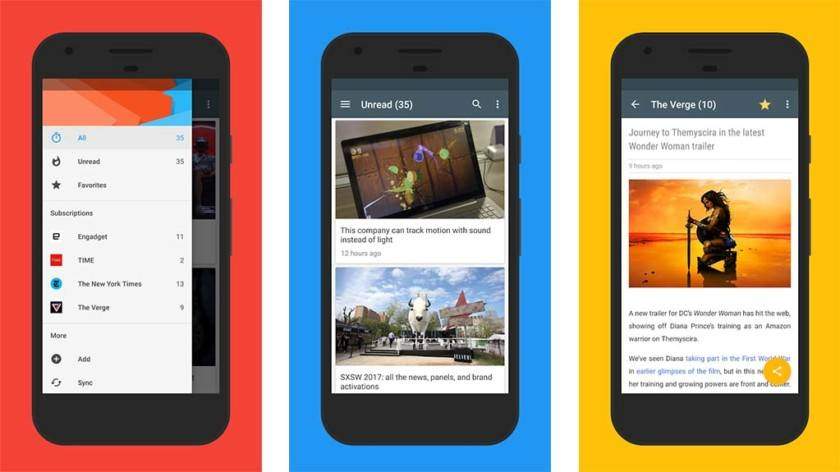 The search engine giant Google has certainly shown that if a product is not making money, it does not mind pulling it out of the market. Statistics reveal that 1 in every 3 Google products ends up withdrawn and Google Reader RSS reader is the latest addition in the list. However, the good news is that there are plenty of options to move on to after the demise of Google Reader.

Here are 8 Best RSS Reader that you can move to after Google Reader:

This reader is known for its elegance and simplicity. It can be considered a twin of AOL reader for browsers and iOS services, although it is a step ahead of AOL. You will find ‘sorting views’ just above your subscriptions and the content has plenty of allowance to the right.

It also ropes in keyboard shortcuts and allows you to shift between “expanded” and “listed” views, supports sharing to Twitter and Facebook, and enables folder creation to aggregate feed types. However, you cannot search your feeds with Digg, although they say that with the “freemium” version, you will be able to purchase this ability of the reader.

AOL and Digg are almost on equal footing but to sum up, AOL has carved out an uncomplicated and elegant reader with the same views and organizational layout as Digg and the Google Reader. The upside of AOL reader is that it allows you to twist color schemes, language, and reading behaviors.

The feed appears in a wide center column bracketed by a column designed to the right for ads. However, it has some downsides too. One common shortfall among Digg and AOL is that you cannot search your feeds Tagline For Digital Marketing.

It is probably the most widely used RSS reader after Google Reader’s exit. It has mobile versions (both iOS and Android) available. It can also be rated as the chicest of all RSS readers that offers modern fonts and minimalistic looks. Its hover-over pop-up views and auto-adjusting columns add an extra flavor to the dynamism of the interface.

It is also the most customizable app as it allows you not only to play around with basic formatting but also with more cryptic aspects like social networking integration, link colors, viewing a mini toolbar, etc.

If you want a no-frills RSS client then RSS Bot is the app for you. It is an un-ornamented, facts-only RSS reader that runs outside the browser. It stays in the operating system’s menu bar and gives out stories and unread feeds in a drop-down style. You can mark stuff that you want to read and the one that you do not want to.

Its simplistic interface looks like the Google Reader once all the feeds have been imported and most of the keyboard shortcuts are also the same. It aims at bringing back the ‘in-app’ feature supported by Google Reader until Google withdrew it.

Pulse has been acquired by LinkedIn this year and is an image-heavy news reading app. Its interface resembles tablet magazines like Zite and Flipboard more than Google Reader. You can select the news that you want to subscribe to, select from sections like “best of technology” etc, and then view headlines in a graphical grid.

It is best suited for users who trust Zite and Flipboard but do not want to miss out on any headline from a particular source. It runs on iOS, Android, and the web and is available for free.

This is another free RSS product from Betaworks, who have also created Digg and it aims at targeting people who are interested in visually oriented content. It can easily import existing feeds and is quite famous among fashion bloggers.

One of its features allows you to go through the articles on the original page and tab through them in the Bloglovin bar on top to have the original blog experience. It is available for free.