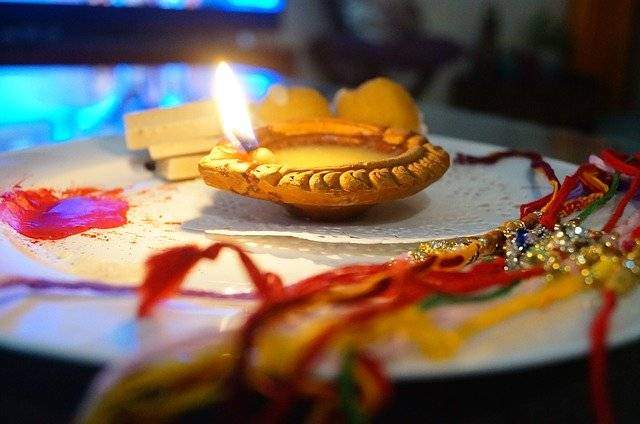 In India, there are many festivals that are celebrated throughout the year. One of them is Raksha Bandhan. This festival is celebrated to depict the novel and remarkable bond, that a brother and sister share, that cannot be expressed in words. Relationships between siblings around the world are unique. But, in India, this unique bond is commemorated in an extraordinary manner and is devoted to sibling love.

Raksha Bandhan is a Hindu festival celebrated across India and Nepal and signified the love among brothers and sisters. Raksha Bandhan is commemorated on the full moon day in the month of ‘Shravana’ according to the Hindu lunisolar calendar.

Meaning Of The Festival

The celebration is made from two words ‘Raksha’ and ‘Bandhan’. According to the Sanskrit language, the festival signifies ‘the knot of protection’. The literal meaning of ‘Raksha’ is ‘Protection’ and ‘Bandhan’ means ‘The Bond’ so, in other words, you can call it ‘The bond of protection’. The festival signifies the true and unending love in the relationship of a brother and sister. The brother vows to safeguard his sister under all situations, and the sister ties a string called ‘Rakhi’ around his wrist, praying for his health & prosperity. Sisters also get return gifts from their brothers on this special day. In case, brother and sister live away from each other, sisters do send rakhi online delivery to their brothers. However, the brother and sister relationship does not always need to blood related to celebrate the festival.

Origin Of The Festival

The festival is said to have dawned ages ago, and according to Hindu mythology, there are various stories linked to the commemoration of this unique festival. Let us look into a couple of them:

Why Do We Celebrate Raksha Bandhan

Raksha Bandhan, as a festival, is celebrated to commemorate the love between brothers and sisters. This is a unique day where sisters beseech for the health, success, and prosperity of their brothers. On the other hand, brothers promise to protect their sisters, come what may. Even distance cannot cease the celebration of this festival as brothers send their sister’s online gifts and sisters send rakhi to their brothers. Indeed, the festival of Raksha Bandhan is celebrated to honor the essence of true love in a brother-sister relationship.