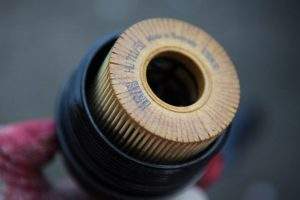 Man has used many liquids, including water, as lubricants to minimize the friction, heat, and wear between mechanical parts in contact with each other. This has been practiced since the Roman Era. Presently, lubricant oil or lube oil in colloquial language is the most commonly used lubricant because of the widespread applications.

Lubricant Oil and Its Functions

Lubricants or lube oils are the lifeblood of every ‘oil-wetted’ machinery. Such is the importance that an engine cannot practically work without the presence of lube oil. Lube oil not only ensures smooth and resistance-free movement of the internal components of an engine by isolating all parts from each other, but it also carries out a number of other very critical tasks such as:

Among the many lubricant oil manufacturers in Delhi, Elofic stands tall with its envious market share in this segment, comprising all industrial oil applications. It is a dependable brand with its innovative R&D and robust quality assurance 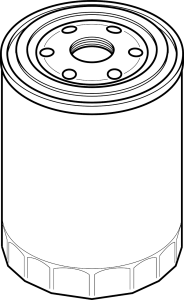 Lube oils come in two types: mineral and synthetic. Mineral oils are refined from petroleum or crude oil which is found in nature.  On the other hand, synthetic oils are manufactured polyalphaolefins, which are hydrocarbon-based polyglycols or ester oils. Synthetic lubricants were first used in the aerospace industry. It was originally formulated for those applications where mineral oils did not suit. The applications where extremely high operating temperatures are encountered or where the lube oil must be fire-resistant, synthetic lubricants are used.

Among the many lube oils to choose from, mineral oils are the most popular. This is primarily because the supply of crude oil has made them inexpensive. Another reason is there are umpteen data about its usage and properties on mineral oils. Mineral-based lube oils can be produced in a number of viscosities for diverse applications. This also gives it a major advantage.

Mineral-based oils with different viscosity capabilities can even be blended together to improve their performance in a given application. For example, the 1OW-30 motor oil we commonly use is a blend of low viscous oil as it can help start at low temperatures and highly viscous oil for better motor protection at normal running temperatures.

Contaminants in the Lube Oil

While using good quality oil for your engine is important, no oil can retain its purity forever. The engine system is not a closed-loop network where you would pump the oil once and forget about it. Rather, the oil is prone to contamination through various internal and external sources which can introduce impurities into the oil.

The internal sources form the majority of oil degraders due to impurities released from activities such as combustion, wear and the breakdown of hydrocarbons in the oil. The ignition process involves the blending of fuel and air, which gives birth to byproducts such as carbon and partially burned fuel along with other contaminants such as acids, water, varnish, and lacquers which degrade the oil. Time is also an enemy of oil as with time, the hydrocarbons forming the oil break down owing to the weakening molecular linkages.

In order to keep the oil at its optimum level, a filtration process is required. An effective lube oil filter ensures that the oil remains free of impurity and performs its tasks efficiently.

Elofic also manufactures world-class hydraulic oil filters. The precision machined components present in the mobile and industrial hydraulic applications are sensitive to wear and cause damages. Most of the premature failure and low performance of the hydraulic system are caused by contaminated hydraulic fluids.

The development of more and more sophisticated engines and the need for meeting higher emission standards are driving the automotive filter manufacturers to design the best of filters. The stronger and advanced media used by Elofic ensures higher capacity, enhanced efficiency, and improved performance. By efficiently removing the particles that cause wear of the engine, engine oil can last longer and therefore require less frequent oil changes. This results in lower man-hours translating to less downtime and more revenue generation.