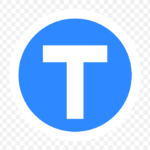 Do You Really Think You Know Everything About STIs?

Many of the information that is provided on the internet are useful and provide a lot of advantages. But still, there is information that has to be confirmed and full of hoaxes. Don’t believe everything that is posted on the net. What to do about the information that comes to you? If you have any doubt about let’s say about Online STIs test; then it is best for you to consult experts who can help you in several ways.

Do you really know these things about STIs?

One reason as to why you lack knowledge about STIs is that people have spread various misconceptions about them. Have you ever thought as to why individuals do it? People think that they know everything and want to show themselves superior to others; or simply want everyone’s undivided attention. Whatever the reason may be; these can be very dangerous because half info is considered a lie.

Don’t worry and use the toilet seat

Whatever bacteria, viruses and parasites thathave an influence on sexually transmitted infections can’t live outside a living host like the human body for more than 10 minutes. So no types of STIs can penetrate the body when you are using the toilet seat. There are zero percent chances that the parasites, viruses and bacteria can harm but many other germs can penetrate the body and affect the person internally.

You are safe with one Partner

Doctors and experts have suggested that people limit their sexual activities to one of the least two partners. This is to make them safe and reduce the risk of transfer. But you are not all safe from these infections if the partner has STIs.

Single Online STIs test for all

HIV can’t be diagnosed through STIs tests because HIV is very serious and needs to be properly investigated; on wrong result and t can ruin someone’s life. The result can take about 12 weeks whereas, normal STIs can be diagnosed within a week.

No, it is not the situation; the infections develop without effort and are not safe at all. The mouth is the most affected by the oral sex but it can happen that the genitals are safe but other body parts are infected. If any part of the skin comes in contact with the affected body part then you can have genital herpes, Gonorrhea and Syphilis easily as they can spread faster.

STIs happen to only bad People

Bad things happen to bad people or who break the laws of nature. But it is strongly observed that even sophisticated and decent people can show symptoms. Any disease or infection doesn’t care who the person is or belong to a certain race, age, height, religion and gender. You can know whether you have STIs is by having a test from a well-reputed clinic like Healthck.

Like their names are they can only stop progenies from happening. If you think that they do the same job as condoms then you have no idea of these pills. Condoms can prevent from spreading further. If you have caught the STIs then only medication can cure you or you can have vaccine shots to immune yourself.  But there are infections and diseases like HIV, herpes, hepatitis and HPV that can never be cured but can be controlled by various medications.

No Symptom No Infection

There many infections that show little to no symptoms or they can be mistaken for other internal infections. So if you are showing no signs; it doesn’t mean that you don’t have them. A strong and healthy-looking person can have a severe infection. Having STIs has no relation to symptoms. It is just like cancer or AIDS in which during the initial stages the patient doesn’t experience any symptoms.

Two condoms are better than one

In many cases, two things are definitely a betterone, but using two condoms at one time will do you no good. A single condom which is fresh and new can help in stop spreading of the infections. But if the condom is worn out, old and out of date will not do any good. It is best to dispose of the old one and replace it with a new one.

HIV/ AIDS is a Death Sentence

Before the 90s it was a common concept that having HIV/ AIDS meant an early death. This was because there were no effective diagnosis, medicines and treatments discovered. But now advanced technologies have made it convenient for scientists and doctors to diagnose with Online STIs test and improved medicines to reduce the influence of HIV.